New stuff and a amazing story

There is a special episode of Weekday Checkin up.

A man walked into a bar…

Are you waiting for a punchline? Well I’m afraid there isn’t going to be one.
A man walked into a bar. Not one person paid him any mind. They just carried on with their day like this man didn’t exist.
The man walked up to order a drink,
‘Just a water please’, he requested.
The pretty young woman behind the bar looked at him funny and said ‘you’re in a bar honey, are you sure you don’t want anything a bit stronger?’
The man shook his head and said ‘no thank you just a water’ more bluntly than he had intended.
The woman must have picked up on his tone as she didn’t say another word. She just picked up a glass from underneath the bar and poured the man a glass of water. Without saying anything to him she then proceeded to serve the next customer.
The man could feel his heart beating quite fast in his chest and he could feel the first drop of sweat form on his forehead. He was rooted to the spot. He didn’t mean to be blunt. He was a nice person.
‘Excuse me’, the woman behind the bar had approached him again and she did not look happy, ‘you’re not allowed to stay at the bar, I have customers to serve, can you take a seat!’. It wasn’t presented like a question, more like an instruction.
The man forced himself to move away from the bar and sat down at the nearest table, but not before knocking one of the chairs with his foot. He heard a snigger coming from a large table nearby. A group of around 4 or 5 lads were sitting together drinking beer, looking up at him and laughing.
The man was now starting to panic, he only wanted to have a drink and everything was going wrong. ‘What is wrong with me?’ he thought to himself as he took a sip of his water. It wasn’t cold. He avoided making eye contact with the group of lads, and he avoided looking up at the bar in case he offended the lady serving again.
Suddenly, the man heard a tap on the window next to him. He looked up and saw a man in a wheelchair pointing towards the door of the bar, he wanted someone to open it for him.
The lady behind the bar noticed this too, and immediately went over to the double doors, and wedged them both open.
‘Sorry, Trevor’, she said, ‘come in, come in. How’s your day been?’. Trevor wheeled himself inside and the lady closed the door behind him.
They both shared pleasantries and started talking about typical subjects like the weather, and what’s been going on in the world.
The group of lads got up from their table almost in unison, and one very tall one, in a black leather jacket said, ‘You can have this table if you want, we don’t mind moving’. The lads moved to a much smaller table near the back of the pub.
‘Do you want your usual of JD and coke, Trevor’, the lady asked.
Trevor looked at the man sitting by himself drinking his water, and said ‘yes, but only if that man joins me’. He pointed his finger at the man with the water and asked what his name was. Both the man, and the lady working at the bar looked confused. What was going on? Trevor had never met this man before.
‘B-Bryan’ the man with the water stammered, and instantly felt anxious as he realised his stammer and it made him feel self conscious.
Trevor looked around him and noticed all the eyes in the bar were on him wondering what he was going to say next.
‘You see’, Trevor began, ‘I don’t know Bryan personally but I know his Uncle very well. Bryan is Autistic, and Autism is a hidden disability. I have been sitting outside that window for quite some time now and noticed everything that happened since Bryan walked in. I heard how you spoke to him when he asked for a water, and I heard and saw how abrupt you were with him. I am a mental health professional, and know the signs of an anxiety attack. Bryan looked very panicked and uncomfortable, made worse by your customers laughing at him. The funny thing is, when you saw me approaching the bar you immediately helped me through the doors, shared friendly pleasantries, and your customers even moved for me. Why was that?’
The lady behind the bar looked very uncomfortable now. She did not have an answer, so Trevor continued.
‘It is because I look disabled, but let me tell you. I am no more disabled than Bryan. Some disabilities are invisible.’
After a pause, Trever said ‘no, thank you. I do not want my usual of JD and coke, I will have a water please’.
The End.

Moral of the story… not all disabilities are visible. Just because you can’t see something doesn’t mean it isn’t there so just treat everyone with respect 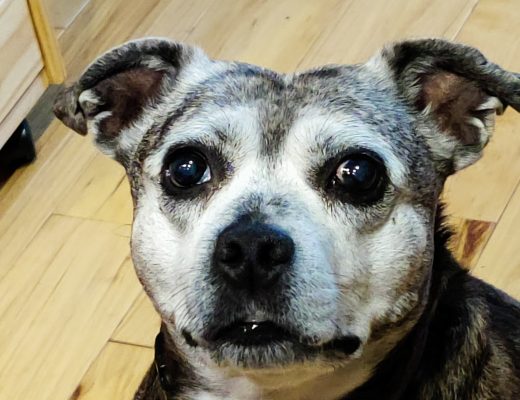 Coming up on Inside the Aspergers Studio